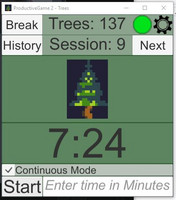 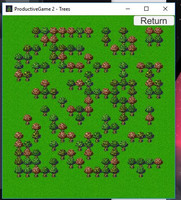 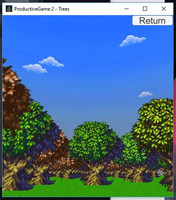 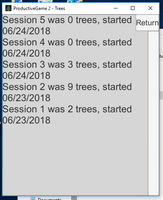 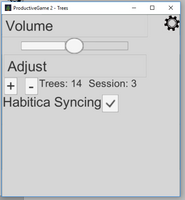 This is a pretty big update. The most notable change is the 3D world you can walk around in, now.  I've never used itch.io for dev logs so you'll have to excuse me while I try to figure out what the heck I'm doing.

Previous dev logs can be found at http://www.productivegaming.com/

Version numbers don't indicate feature completeness or stability.  They are only a build number.  0.012, for example, is build version 12.  I actually create many builds with the same version number, but only after extensive testing do I upload the build here and move on to the next version.

A timer/pomodoro/timeboxing app that creates a tree for every successful timer and syncs with habitica.com